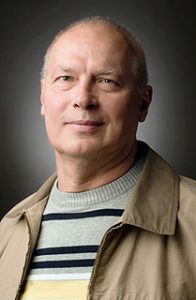 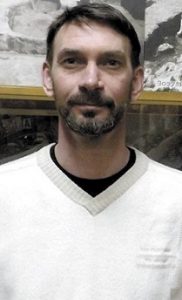 Date of birth – October 9, 1974. In 1997 graduated from the historical faculty of Kiev University with the specialty historian and archaeologist. After graduation worked at the Institute of Archaeology of NAS of Ukraine, Kyiv Regional Center for protection of monuments of archeology, history and art of the Kyiv Regional State Administration, Scientific Institute of Heritage Research of Ministry of Culture of Ukraine. Since 2003 works at the Department of Archaeology and Museology, Taras Shevchenko National University of Kyiv. In 2008 he defended his thesis "Cultural adaptation of prehistoric hunters of Eastern Europe (18 - 10 thousand B.P.)."

He took a direct part in archaeological researches of many prehistoric sites. Research Director of Semenivka (Kyiv region) and Dyvlyn (Zhytomyr region) archaeological complexes and numerous surveys on the territory of Kyiv, Zhytomyr, Chernihiv, Cherkassy and other regions of Ukraine.

More...
Since 2009 is the Head of Mezhyrich complex expedition on research of mammoth hunters’ settlement in Kanev district of Cherkassy region.

Since 2015 is a founder and scientific advisor of the Center for Paleoethnological Research; since 2016 – Deputy Chairman of the Commission on the inclusion of cultural heritage objects in the State Register of Ukraine – an advisory body to the Ministry of Culture of Ukraine.